Age of Thieves: Masters of Disguise 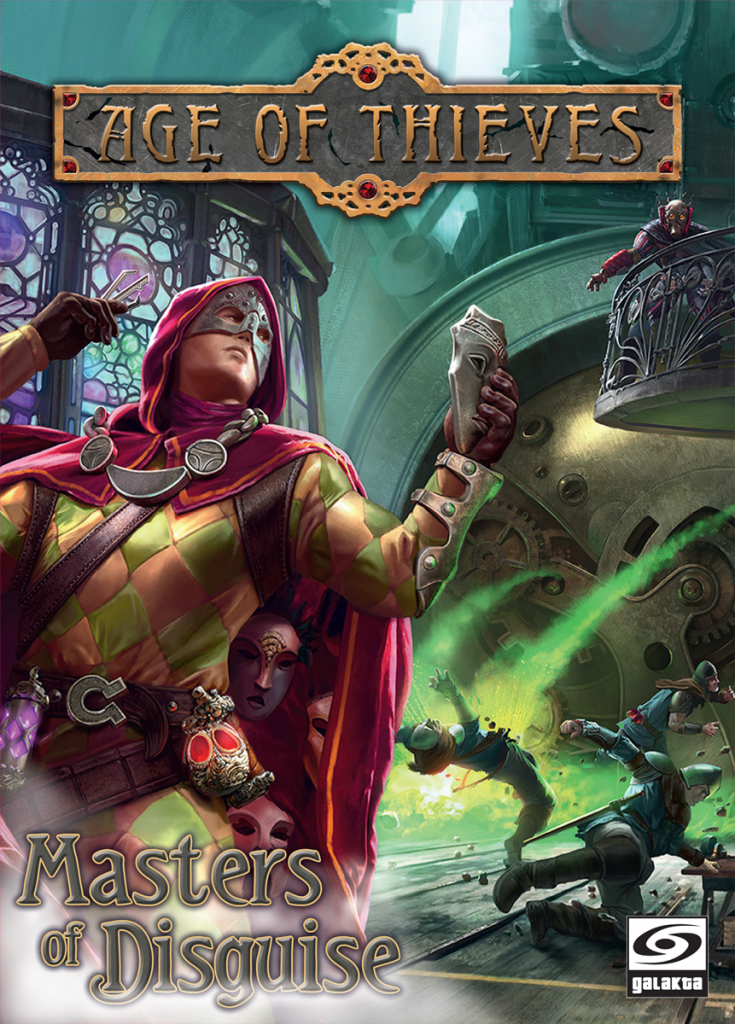 While master thieves hide in the shadows and plan their next moves, two new characters enter the city. At first, they don’t seem very suspicious – just an elderly lady with a rusty cat and a wandering actor. However, appearances can be deceptive and the new characters will soon prove that!

Age of Thieves: Masters of Disguise is the first expansion for the unique game Age of Thieves, in which players impersonate the masters of shadows and try to steal the precious Emperors Jewel. The expansion introduces two new characters along with miniatures, special abilities and character sheets, entirely new mechanics (burglary and sewer cards) and a unique scenario.

In Age of Thieves: Masters of Disguise you will have a chance to play as one of the two new characters, each with a unique approach to thievery.

The first new character is Julien, Disturbed Actor. You can spot him from afar – motley clothes, colourful masks, long robe and a very distinct, unsteady walk. How come that the guards did not caught him yet? Well, he is an actor and that is a common profession in Hadria – he draws attention but hides his true intentions well. 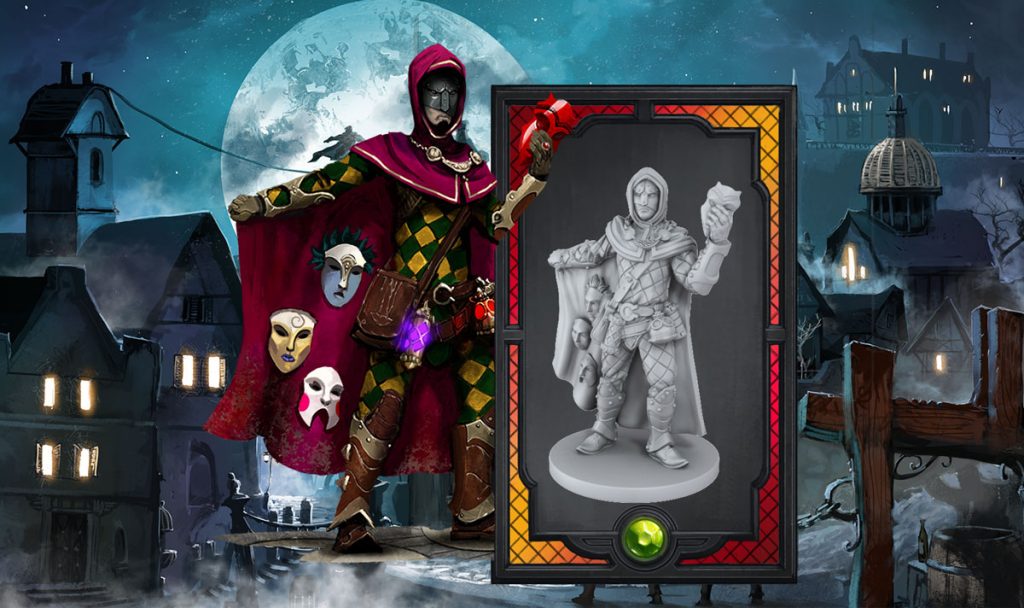 Playing as Julien is a unique experience, as you do not use standard cards (Move/Ambush) but Julien’s three special cards instead. Each card represents one mask/personality and has a different effect in the game. For instance, by playing the Mask of Wisdom, you can draw a card and move by 2 spaces. However, you cannot play more than one of those cards at once, so you have to choose the role you want to play each round carefully.

While Julien is feeling great being in the spotlight, Dalila prefers more careful and thoughtful approach. This elderly lady can use various tools and with a little help from her mechanical companion, she is able to set up a carefully planned heist. 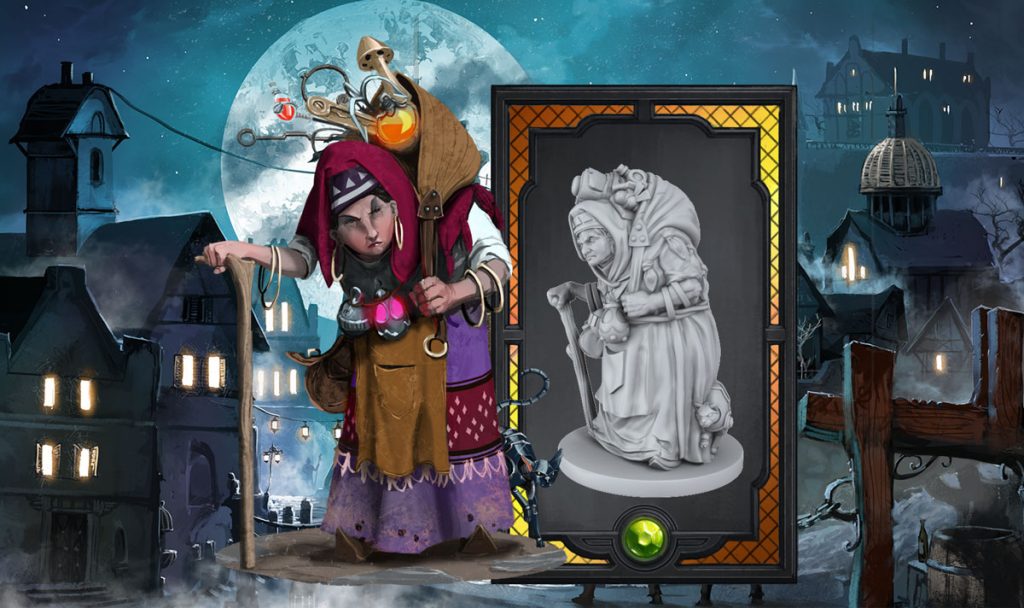 Dalila is looking for useful tools where others can see only a pile of trash. That is why, when Dalila is in play, after drawing first cards you shuffle three Garbage cards into the action deck. These cards have two different effects. If you would draw such card as Dalila, you will earn a positive effect in the next turn, such as drawing 3 cards instead of 1. However, if other character encounters this trash card, he or she resolves the negative effect next turn. 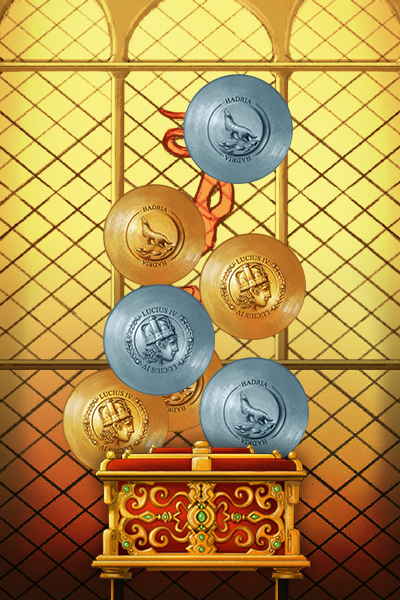 Age of Thieves: Masters of Disguise introduces two completely new mechanics to the game: burglary and sewer cards. From now on the things spices up a bit – you will not be able to roam the city so freely and carelessly – you will have to watch for the unexpected events while moving by the sewers and plan your heists in advance. We will cover sewer cards in the next previews, now let’s talk about the burglary.

With the burglary mechanic players cannot just pick up the jewels from the board. They have to steal them and to do that they have to allocate Action Points to the new special action. After a thief moves on a space with a jewel, he or she can attempt to steal it by spending those Action Points. To check if the heist was a success, a master of shadows draws a card from a burglary deck. Perhaps he encountered a secret vault with more riches than he can carry? Or he forfeit the treasure he was after to steal the secret plans of the guard captain? Or maybe it was a trap to finally seize him? You will soon find out yourself!

May the shadows be with you

We only scratched a surface of the new mechanics and characters Age of Thieves: Masters of Disguise brings to the game. There are still secrets waiting in the shadowy alleys of Hadria that need to be uncovered.  Follow our site and Facebook page for more fresh information about the Age of Thieves expansion!

All of the presented rules and components are not final and may differ from the final product.