In Wanted: Dead or Alive 3-5 players will take on a roles of an infamous frontier gunslingers and shoot their way to the riches. Each turn the players are secretly choosing one of the five locations they’re heading to. After revealing the cards, the characters can use the special ability connected with that location – you can rob a Bank, buy something useful at a General Store etc. Unless of course two or more players choose the same spot – then it comes to a shootout with only one cowboy winning at the end. The player who have the most money at the end, wins the game. 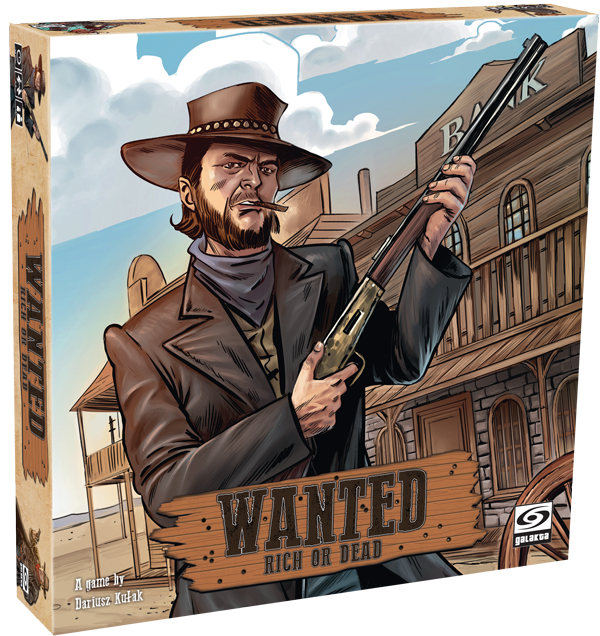 We are proud to announce Wanted: Rich or Dead – a fast-paced and addictive game set in the Wild West. In Wanted 3-5 players will take on roles of infamous frontier characters and shoot their way straight to the riches. Will you be the last gunslinger standing? 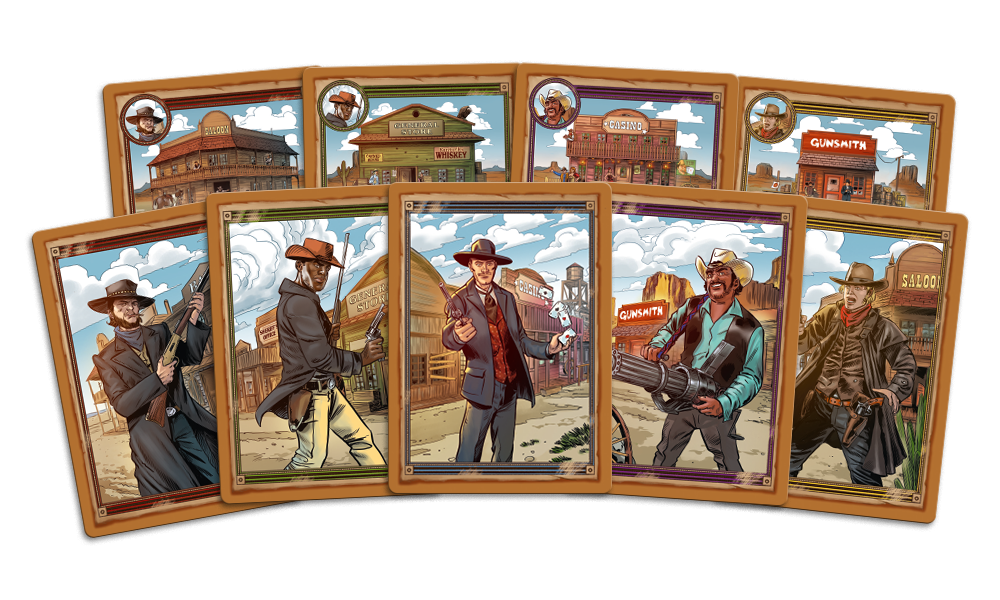 This town ain’t big enough for the five of us

Wanted: Rich or Dead is a quick card game for 3-5 players who become fugitive gunslingers. Not so long ago they were a bunch of ruthless criminals from one gang. But when they entered Dodge Town, a small yet thriving mining community, hoping to rob the place, they realized that their share would be much bigger with no one to share it with!

Five characters
Each with different abilities and playstyle 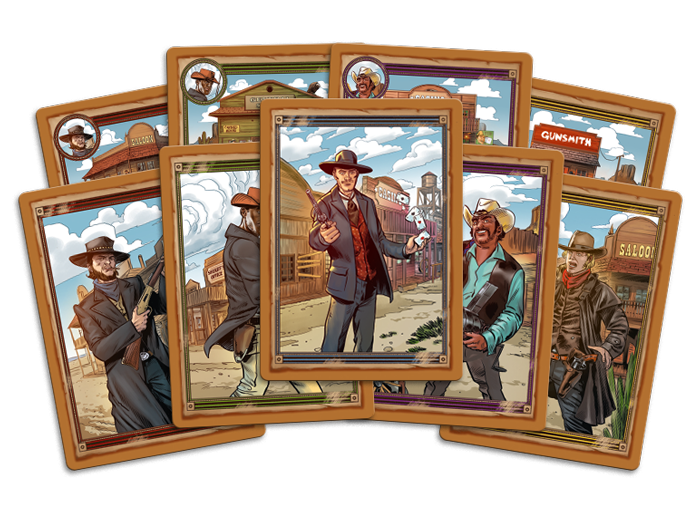 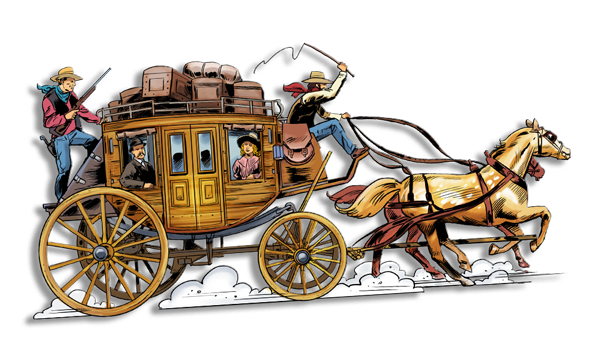 15 item cards
No game will be the same! 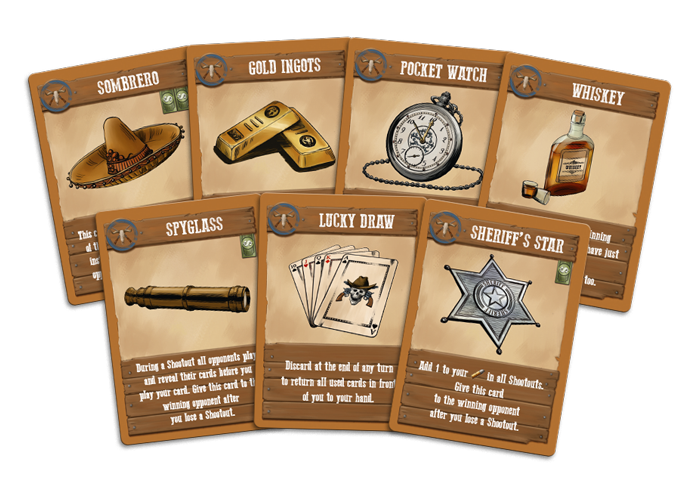 The town is represented with five building tiles standing in line, forming a town’s panorama. Each turn players will choose one building, which can give them unique benefits. At the Gunsmith’s a player can equip himself with additional items, the Bank is a natural source of dollars for our infamous gunslingers, the Casino is the best place if you’re feeling lucky and so on.

Shoot or be shot

Each player is bent on getting as much cash as possible before local lawmen manage to stop them. They rob different buildings around town, fighting for every dollar with their six-shooters until one proves to be the best and leaves Dodge Town with bags full of riches. You’d better be quick or you’ll find your way straight to the boot hill sooner than you’d expect!

When two or more players choose the same spot in the town, they immediately engage in a dynamic shootout. Each person in a shootout plays one of their Wanted cards and resolves it according to the rules. The gunslinger with the highest result may use the building’s special ability – the rest will have to wait for another opportunity!

Reload your six shooter and get ready for intense Wild West action. Wanted: Rich or Dead