DECIDE THE FATE OF THE KINGDOM!

The hated monarch has returned surrounded by his brutal yet faithful guards. As the voices of protest rise around the city and people in dark alleys whisper of overthrowing the king, he ignores his advisors’ pleas and recklessly decides to proudly walk through the main square heedless of his subjects’ moods. As the angry mob is gathering on every corner, hidden assassins are prowling the streets waiting for an opportunity to finish the monarch once and for all. Will it happen today? It’s for you to decide! King & Assassins is an asymmetrical fantasy game of strategy and deception for 2 players. One controls a vile king and his knightly lackeys who try to force their way into the castle through a mob of wrathful citizens. The other controls the mob itself and – more importantly – three assassins hiding among the crowd and hoping to kill the ruler. Choose your strategy, hide the assassins and play one of two different scenarios, each offering almost limitless choices. 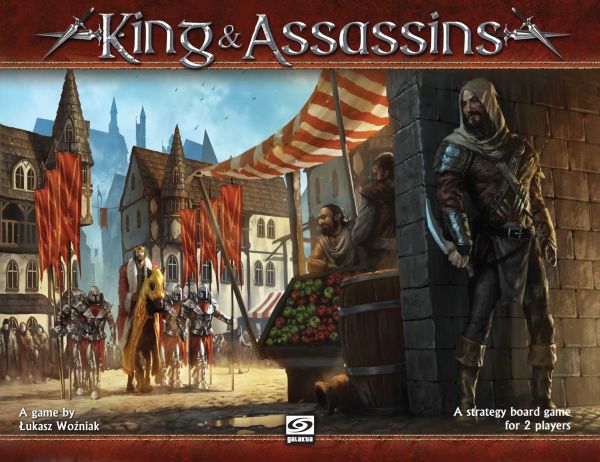 King and Assassins is an asymmetrical fantasy game of strategy and deception for two players. One player controls a vile king and his knightly lackeys who try to force their way into the castle through a mob of wrathful citizens. The other player controls the mob itself and – more importantly – three assassins who hide among the crowd hoping to kill or stop the ruler long enough for the people to deal with him using their bare fists. The king has only so much time before he is overpowered by his own subjects but using guile and swords of his guards he may be able to eliminate the assassins and hopefully escape into the safety of his palace. 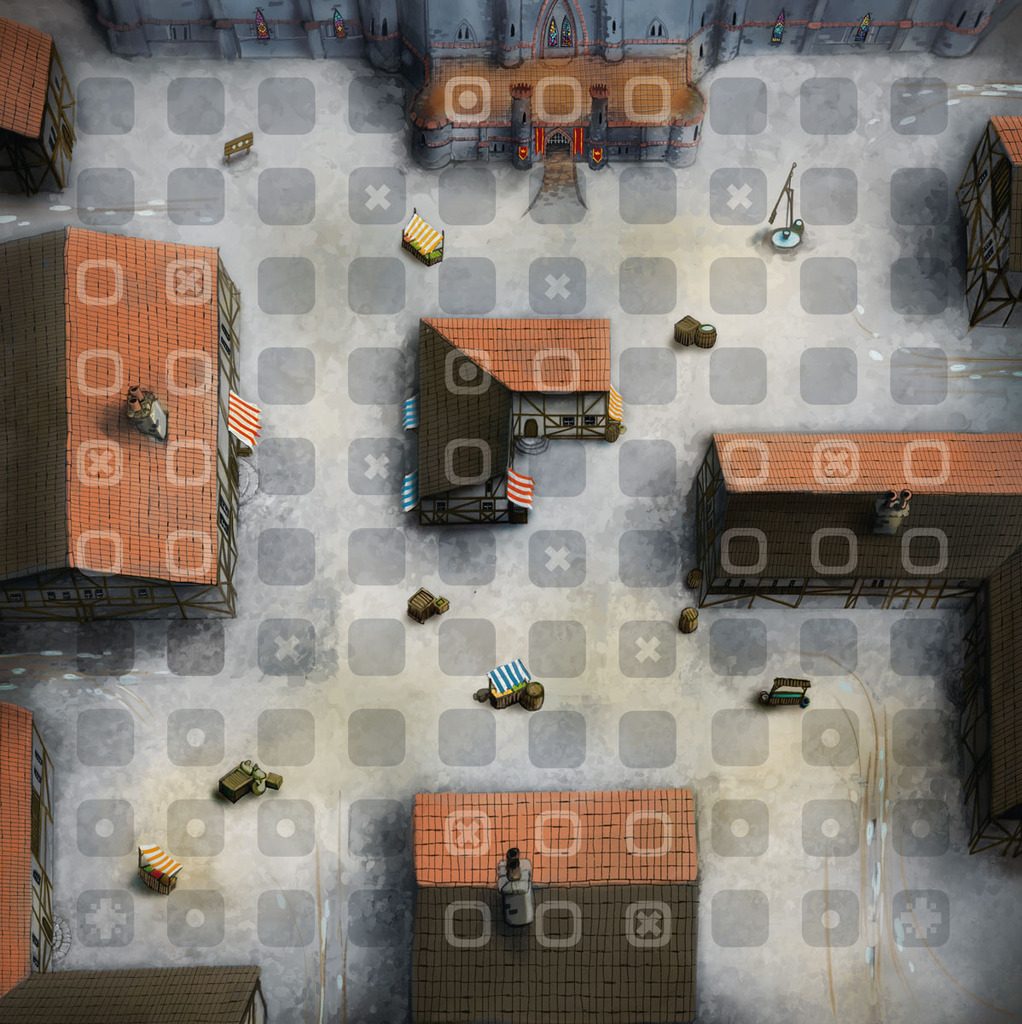 Game board – side B

The gameplay is based upon Action Cards which show a limited number of Action Points available to both sides. First, the king and his knights move around the board securing their position or eliminating dangers by pushing aside the crowd, then the assassins hidden among the crowd prepare for their lethal strike by killing guards or making the king’s progress slower. It’s up to the players to make the most of the Action Points available in the current round. The king’s player wins if he manages to escape from the board using one of the exits or if his knights eliminate all the assassins. The assassins win if they kill the king by dealing him two wounds or stall him long enough so that the Action Card deck is depleted.

Choose your strategy, hide the assassins among twelve beautifully illustrated citizens and play two different scenarios, each with a multitude of choices, in this simple yet rewarding game. And remember, every familiar face may conceal a sharp blade!