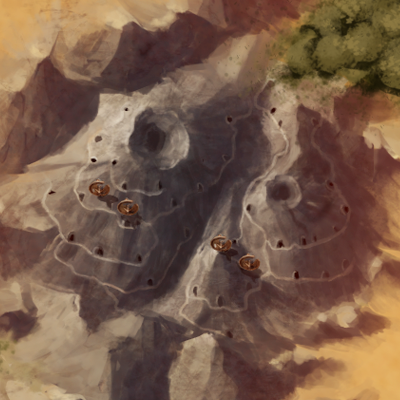 The fact that I’m so close to Maleburn makes my skin crawl. Normally, I would never consider going so deep into highlands, but the girls from the south coast simply hate guys with big gats. Well, it’s hard to say what they do like besides speedboats and torturing hapless wanderers.

Anyway, I’ve ended up right here – among hills dotted with steel doors and vents of old underground shelters. The road is winding and full of fallen rocks, so your top speed should be around 20 per hour unless you want to fall into some gorge or break you axle.

Half a century ago some rich guys must’ve realized that one day the apocalypse would come and they would hide in this remote place to wait it out. Probably most of them didn’t even make it when Cerbero systems managing the biggest cities failed and all went to hell. 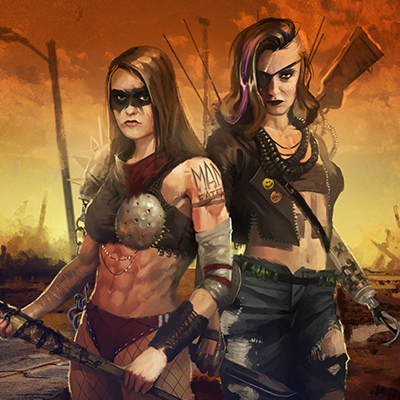 That’s exactly the reason why you should visit the complex. Despite decades of scavenging, mindless devastation by roaming gangs and being used as a hideout, it still has many secrets. Some bunkers have been sealed since the Scourge, while paths leading to others have been buried by avalanches and only those of you more stubborn that an average mule can actually reach them. If you think of yourselves that way, grab some heavy gear and get cracking!

However, remember that you’re not the only ones eager to excavate old treasures. Cerbero constructs are interested in the complex for no apparent reason. They keep on trying to pry open vault doors and metal gates leading underground. As if this was not enough, a few of the plundered shelters have been turned into nests of some nasty critters led instinctively to places frequented by humans. So, besides picks and metal cutters, equip yourselves with trusty weapons.

As for myself, I’m heading straight to the west. On the way, I have to find some valuable stuff to bribe the pirates. Crossing the Great Divide is not cheap and I don’t want to end up as Alice’s galley slave.