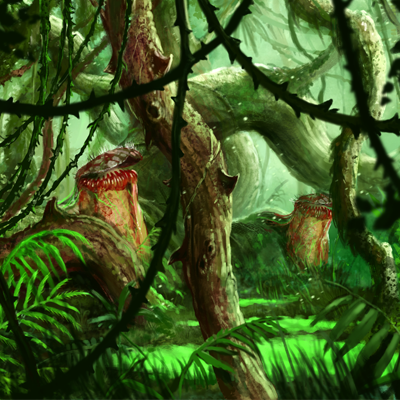 But for a complete coincidence, I’d have never found this unique place hidden in a wildly overgrown patch of jungle. Two days ago, I saw a dark trail in the sky and decided to follow it west. Maybe an hour later I noticed this was some kind of flying vessel descending lower and lower by the minute. It didn’t resemble any of Cerbero constructs I knew, so once its pilot managed to touch down on a highway lane, I drove closer.

I found a wounded, unconscious girl in the cramped cockpit. There was no time for long considerations – I was not the only one interested in the plane. I could already see a cloud of dust on the horizon heralding some mean guests. I could either rescue the pilot, or scavenge the plane. I guess last shreds of humanity must still be left in me as I chose the first option. A moment later we were driving at top speed, just to put as much distance as possible between the gangers and us. Silently, I hoped that the plane would appease the reavers’ hunger for loot.

When Sophie – that’s the name the pilot had told me – regained consciousness, and we agreed I hadn’t tried to lay my hands on her when she was sleeping, she guided me along an old route branching off the highway, straight into the green heart of a half-mutated jungle. At the end of the road there was a surprising sight – an old, civilian airport that must’ve been taken care of, considering its good condition. 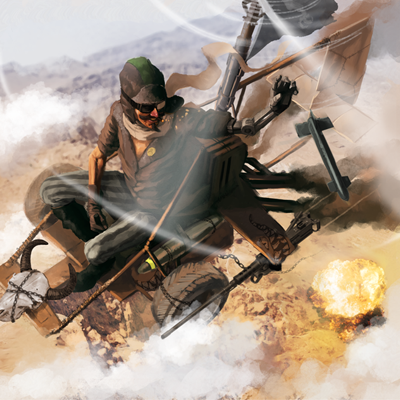 Now, I’m resting in a shade of a tin carport, drinking stale, but pleasantly cold beer and watching maybe three dozens of people. They are really busy repairing various machines – gliders, mail planes… They even have a huge transport aircraft being tended personally by the head of this enterprise, Captain Thomas. He is a dark-skinned, bearded guy who must be bathing in grease, and for no apparent reason wears a sailor cap at all times. For helping Sophie, he rewarded me with some spare parts, petrol, and a place to sleep for a couple of days. At least here no one will try to kill or rob me.

I must’ve made an impression on the girl, too – she no longer reaches for the knife when we talk. Unlike the first time we spoke… Anyway, people here are really special – they have plans to expand the airport, a few skilled mechanics and daredevil pilots form their crew, they have ideas for the future… I must borrow some of their positive energy, especially that I have one more huge step to make. And Gangraen, the city awaiting me at my final destination, is a place where you can easily get stabbed on the street or gamble away all your belongings in one of saloons. Or both.