Announcing The Shadow Planet: The Board Game 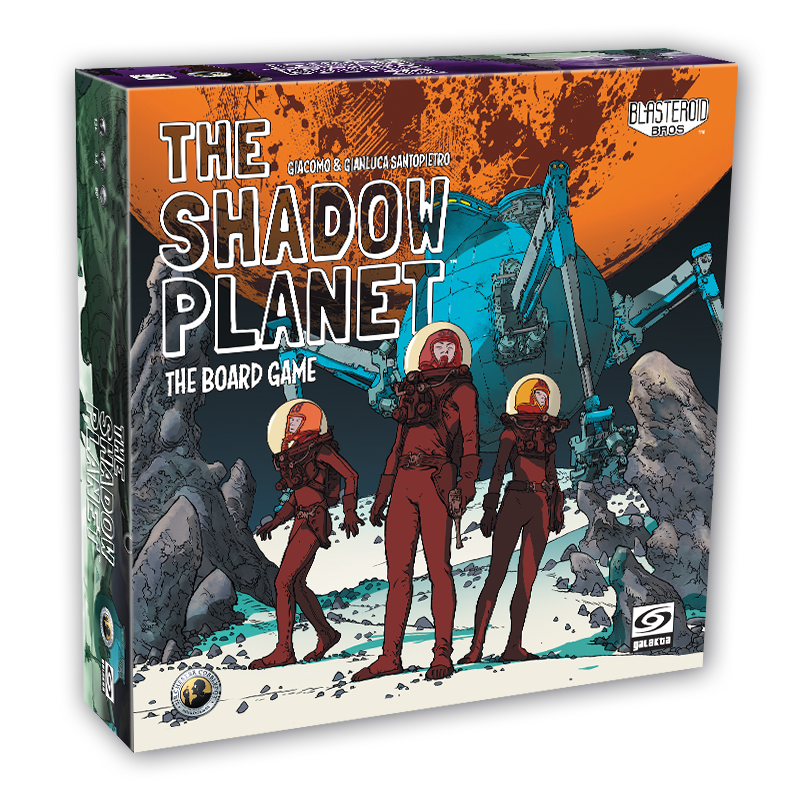 We are proud to announce The Shadow Planet: The Board Game – a game of alien horror from the creators of Letters from Whitechapel. Visit our booth 2-B136 in Essen and playtest the game!

A group of astronauts on a rescue mission lands on a desolate planet to learn the fate of a long-lost scientific vessel. With little over a day to investigate what happened, they discover that the planet itself and the encountered survivors hide horrible secrets that might endanger humanity.

The Shadow Planet: The Board Game is a sci-fi game of alien horror, based on a beautifully illustrated, Italian graphic novel by Blasteroid Brothers and designed by Giacomo and Gianluca Santopietro, the authors responsible for Letters from Whitechapel.

It perfectly blends the idea of hidden identities with a completely revolutionary approach to the deck-building genre, thus offering you a unique gaming experience and a chance to use a completely different strategy every time to play.

Draw your secret goal and use six different characters to achieve it. Deceive your rivals and control the flow of the game through cunning management of different decks. Move around various locations on the planet to gain powerful cards or use special abilities, but remember that they will also benefit your opponents, who can acquire the very same deck you’re trying to modify.

Play over the table, look for allies, and identify the alien threat before it proves too powerful… unless you’re the creature trying to leave the planet!

Save humanity… or save yourself.