RAGERS: Champions of the Arena 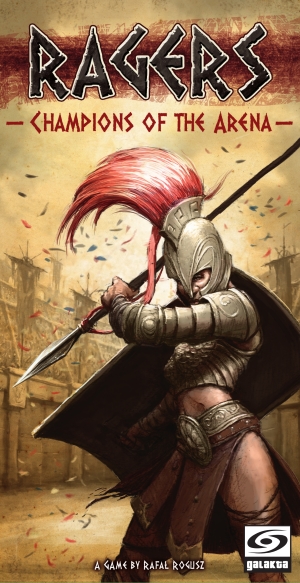 Ragers: Champions of the Arena

Every year, all tribes gather for the Great Thing. Supervised by feared judges and in the face of ruthless deities, each and every person who feels harmed or wronged may prove their rights on the bloodied sands of the Arena of the Righteous. Such persons may challenge the alleged wrongdoer to single combat and seek retribution for any crime — or at least that’s what the Ancient Law states.

DESCRIPTION
Unstoppable Veterans, mighty Bashers, cunning Chancers and many more daring Ragers enter the Arena to fight for justice (and good money…). Two teams assemble in the pits – the Accusers (red) and the Defenders (blue). Soon they will clash in a bloody battle under the watchful eyes of the gods. Only one team can emerge victorious, bringing glory to their master. Will you lead them to victory or let their fate be doomed? 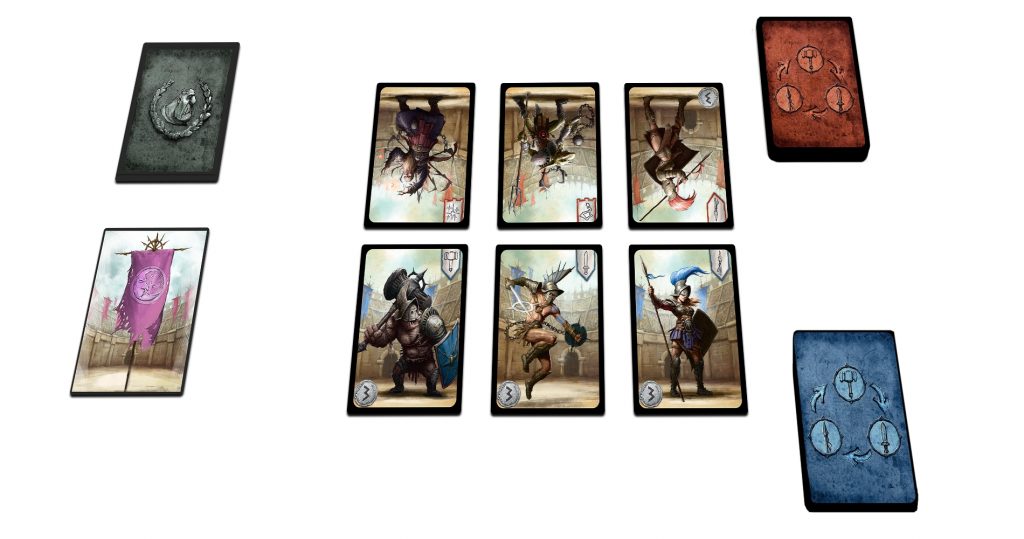 Ragers: Champions of the Arena is a fun, quick and aggressive card game, in which players clash in a spectacular battle to prove their rights on the bloodied sand of the Arena of the Righteous. Each player starts with a Combat Deck, which contains the eight types of Ragers and with a hand of five Ragers eager for a fight. The fight lasts for three days (rounds) of ritual combat. The player to score more Glory Points than the opponent wins the game.In the first phase of a round (Combat Phase) players simultaneously place one of their Ragers on the table – they represent both attack and special cards. This process is repeated until at least one player has 5 combat cards in front of himself. Then the game proceeds to the Resolution Phase, in which players determine the outcome of the round. Player wins the round if his or her last attack card defeats the last attack card of the opponent.

There are three types of attack cards in 4 copies each. Each attack type has its own combat icon, defeats one other attack type and yields to one other attack type. This simple concept is then enriched by the special cards, which mostly do not count when it comes to the Resolution Phase, but provide special abilities, useful during the combat. 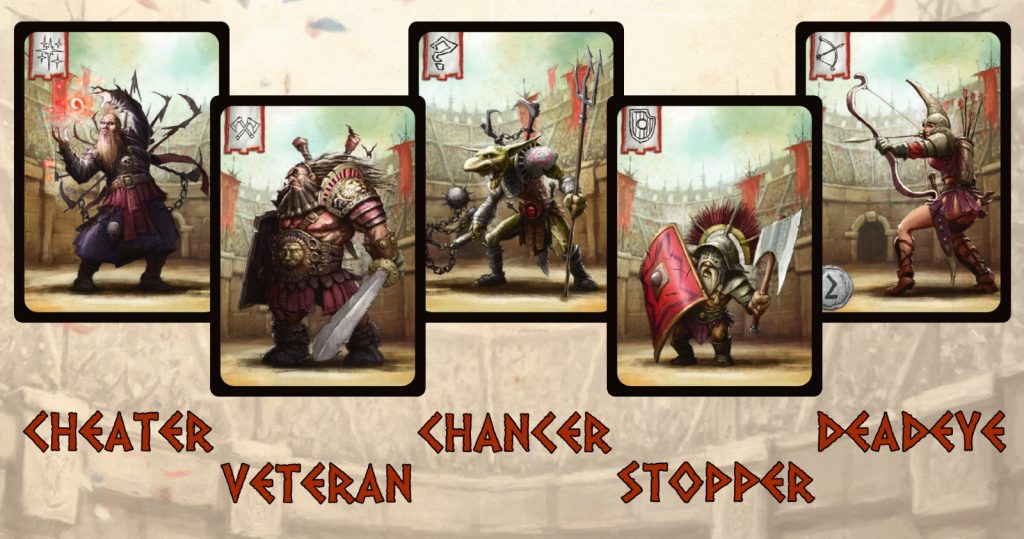 There are five types of special cards, each with its unique ability:

These are all the basics of Ragers: Champions of the Arena – now you know how to fight, but will you survive when the gods and the cheering crowd stand witness?