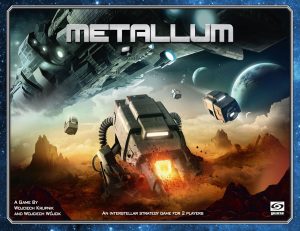 IN THE DEPTHS OF SPACE AWAITS THE KEY TO THE FUTURE OF MANKIND!

For decades gigantic automated factory ships have been exploring cosmic space – the universe beyond the reach of weak yet ambitious human beings. From the Earth their owners, immensely powerful corporations, have been stripping every planet of valuable resources. But with the discovery of metallum, the only thing which may make interstellar travel survivable for living creatures, the balance of power is about to shift… dramatically. Now, as the Metallum planetary system has caught everyone’s attention, corporate pilots are about to undertake the most important task in the history of our civilization.
Metallum is a science-fiction game of strategy and planning for 2 players. You take on a role of a corporate pilot who manages one of the enormous factory ships sent to fight for the most valuable mineral in the universe – metallum. Your task will be to construct the most efficient program for your ship. Using the program you will move the vessel through the system, send extraction robots to mine various planets, use ancient installations and purchase the most useful modules. All this to outwit your opponent and dominate the system in the name of your faceless corporate masters. Analyze the situation, program the subroutines and use the Metallum planets to your advantage in this exciting game of stellar war for resources. 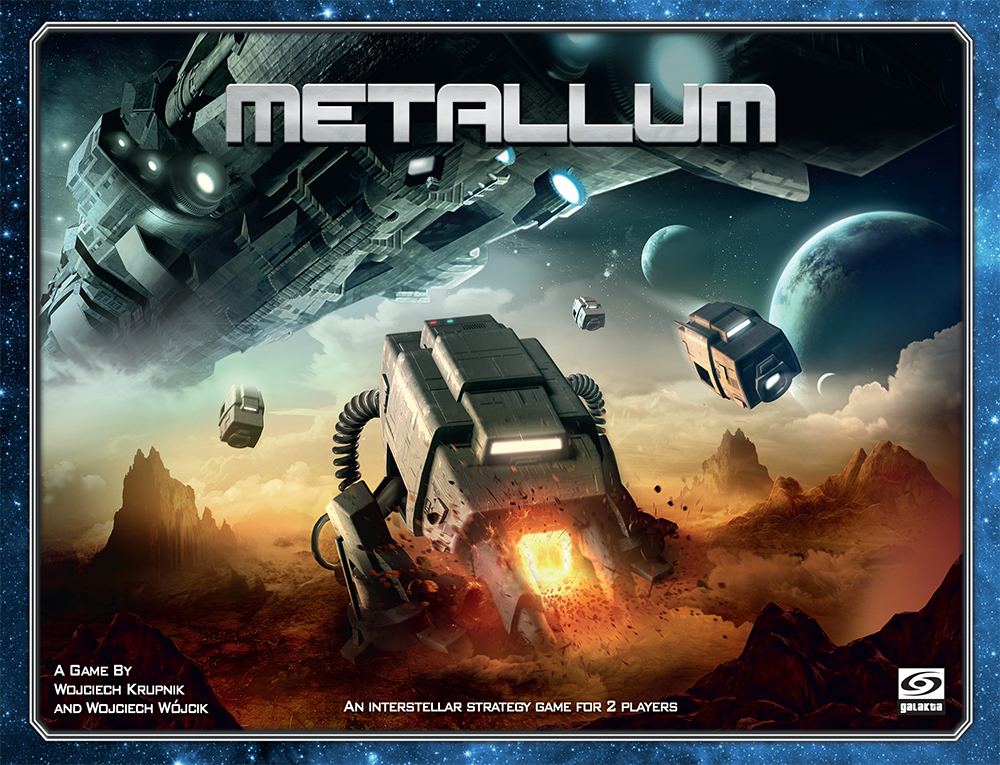 When it turned out that faster-than-light travel was deadly for every lifeform, humans sent their inventions out instead to explore the galaxy — colossal factory ships capable of building and deploying automated Extractors. Those ships drilled, mined and transported raw minerals from faraway planetary systems back to Earth. Soon hundreds upon hundreds of star systems were visited and their planets were drilled down to their cores and stripped of valuable resources. After the ships moved on to the next system, the leftover excavation installations still lingered as a grim sign of past mining operations. In no time, two corporations monopolized the galaxy mining business, but with myriad systems to exploit they remained in a state of uneasy peace — a peace about to be broken due to an automated analysis of reports from a system mined many decades ago that yielded something weird, that led to a discovery of Metallum. 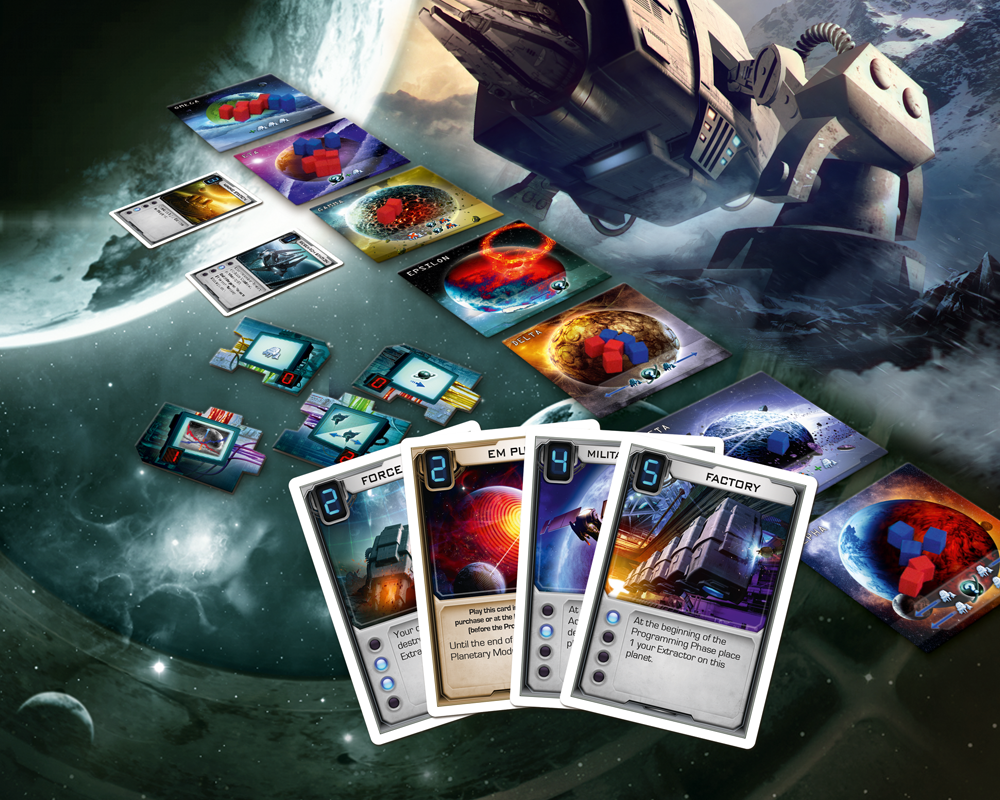 This new substance, which seems to carry a promise for interstellar travel for living organisms, is bound to stir conflict. The Earth Government immediately steps in and claims ownership of the system in the name of the “good of mankind”, but it’s clear that one of the two corporations 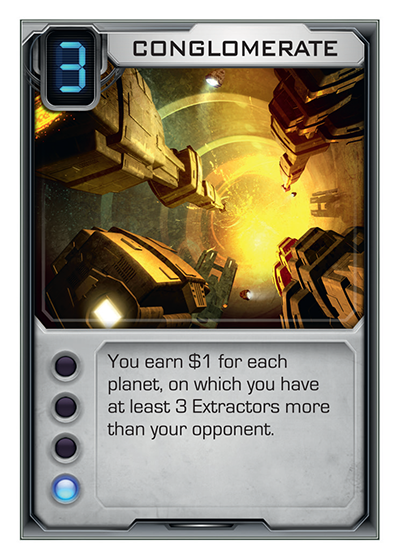 will be afforded the exclusive rights to extract Metallum – and the huge profits that come with it. The tension raises instantly. Outright corporate war is avoided only thanks to a promise to grant the mining rights to the corporation that will develop more efficient mining infrastructure on the planets. Incidents are bound to happen with old installations used to destroy enemy Extractors since it’s clear that the Earth Government will be handing their grants based on Metallum extraction rates of each corporation before finally awarding exclusive mining rights to one of them. The best pilots from each corporation sit down behind their consoles as their factory ships approach the system with production of Extractors set to maximum.

Metallum is a strategy game for two players who take on roles of corporate pilots charged with the task of directing their factory ships in order to construct a more efficient mining network on the system’s planets than their opponent does. Each round consists of three main phases: 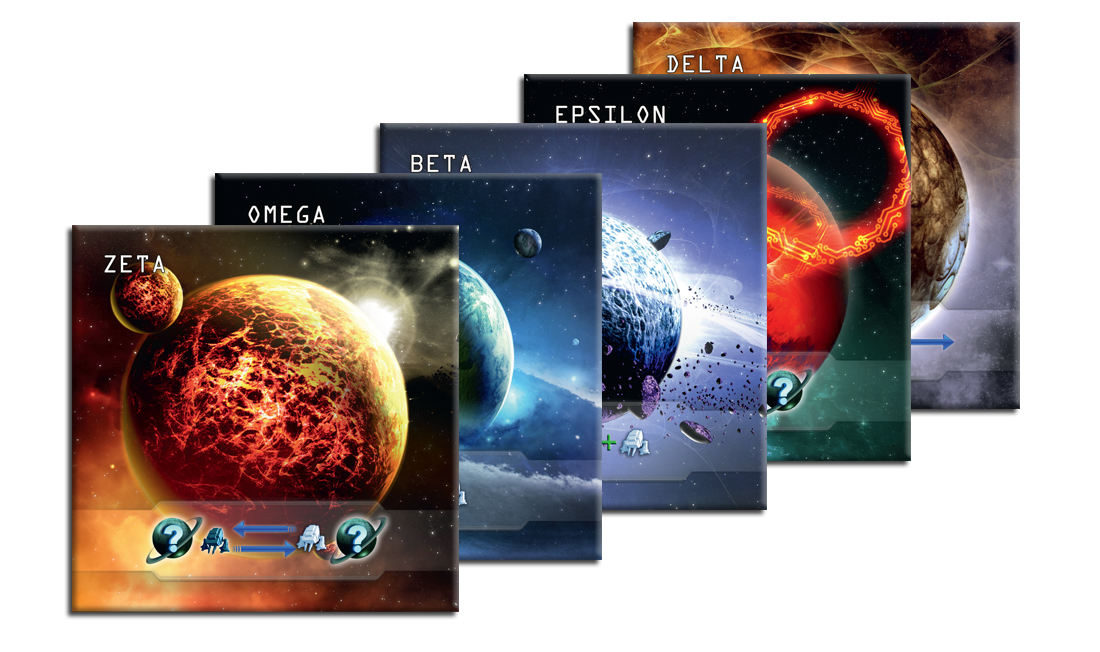 After nine rounds, the pilot who’s earned the most credits for his corporation is declared the winner. Will you be able to cover the planets of the system with a network of your Extractors and at the same time disturb the plans of your opponent? Although the conflict is officially only an economic one, the successful pilot needs to know when to strike at a rival’s mining infrastructure or make “slight modification” to it. When all is said and done, nobody will remember the details of the struggle — only the name of the greatest pilot in the history of the galaxy.