From idea to publisher – a guide for game creators.

Many of the board games fans like to modify and introduce new rules to their favorite games. Some of them go even further and think of their own games! Very often in such a case the next step is an urge to present your project to a publisher, who might just be interested enough to make it happen and turn it into a real game.

In this article we give you a few guidelines about what to do, in order to present a prototype of your game to us. While creating it we tried to make it as universal as possible, however bear in mind that other publishing houses may have a different procedure for this in place. 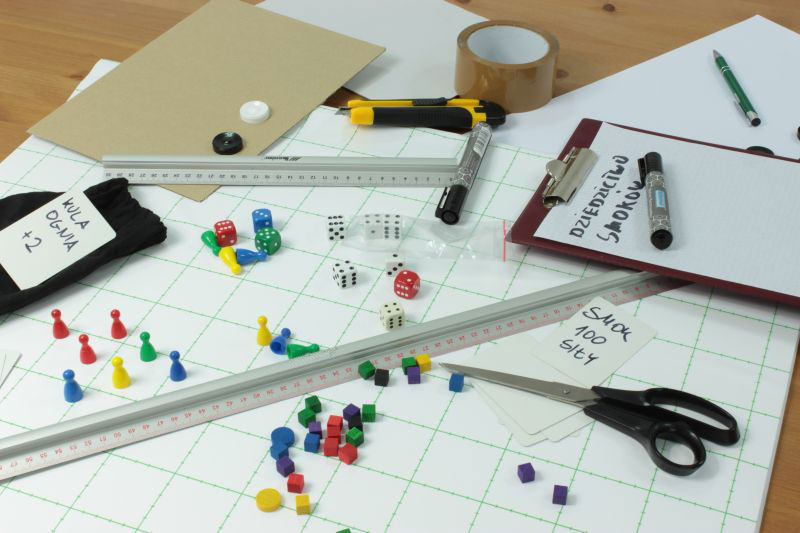 Idea is not enough!

Often enough we used to get e-mails from beginner creators, that went something like:

“I have an idea for a game about mutated radioactive chickens. Are you interested? Cause I don’t know if I should work on it or not.”

Unfortunately, the idea alone is not enough – before you send us anything, you need to prepare a prototype and test it yourselves to see whether it works or not. In the office, we toss around absurd and abstract concepts for games on a daily basis (“attack of the buttons without buttonholes”, “dragon wash network management” etc.), so you won’t seduce us with an idea alone. It has to be backed up with a project, in the form of a prototype which can be playtested and assessed.

Reforging an idea into a prototype

Ok, let’s assume that you managed to shape your brilliant idea about mutated radioactive chickens and give it a physical form. You spent countless hours cutting out elements from cardboard, sacrificing many cutter blades, devastating the living room table and marking your body with scars worthy of Conan the Barbarian in the process. So, is it time to pack and send it our way? Absolutely not!

Now, it’s time for a full course of playtesting, with extra testing and a side dish of testing. Aaaand – yup, you guess that right – a hefty portion of testing for dessert. Show the game to your fellow board-maniacs, get some feedback and see if the game works at all. At this step it often turns out, that whatever at first seemed to be a great solution or mechanics simply doesn’t check out and needs some adjustments. Just remember not to get discouraged in such a case and think about what can be changed to make the game run smoothly.

It might be very helpful to present your ideas at some game creators meeting that are organized in more and more cities. Taking your project for a spin in one of the prototype zones that are becoming an inherent element of any boardgame-ish event is also a good decision. Sadly, showing your game to family and close friends doesn’t always suffice, as people close to us tend to overpraise and often lack the perspective necessary for some constructive criticism. 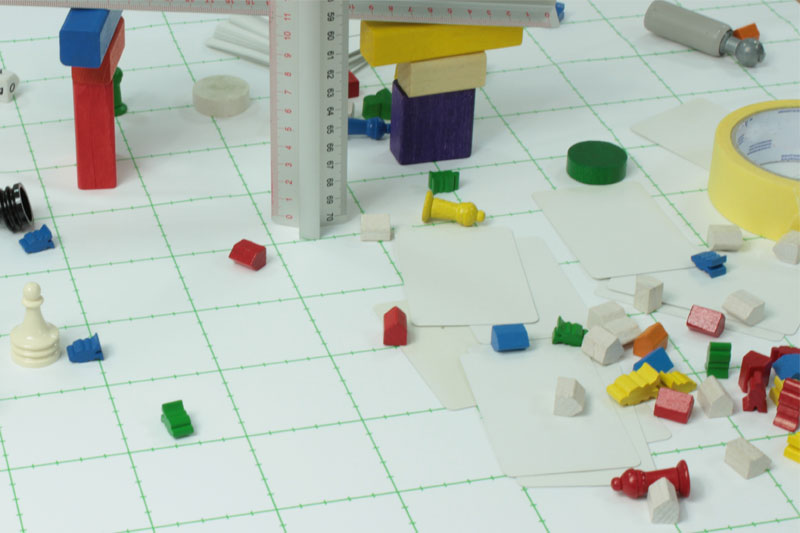 A few months later – it works!

When finally, after hundreds of rounds, one updated version after another and getting a new table for the living room, you are certain that your game works, it’s time to look for a publisher.

But first, it’s worthwhile to think who you want to present it to. Truth be told, we don’t even read the whole thing through when asked to publish a game for kids up to 5 years old, a trivia game concerning automotive industries or a simulation of some complicated phenomena from the field of quantum physics, as we are not interested in such titles. Likewise, we’re not looking for “a monopoly game but improved, with elements of stock market simulation” or “yahtzee but with negative interactions”.

So, what are we looking for? First of all, games with compelling theme and rich flavor that take you for an adventure and spark emotions. In addition, we are looking for medium-complexity family games, although it would be best if they were in a fantasy, sci-fi or horror setting. And that’s all there is to it.

I have a game for you!

Yay, your prototype checks out with the above-mentioned features – so what now? Should you rush for a ticket to Cracow and storm our headquarters? Chthulhu forbid! Never EVER go directly to a publisher without getting an invitation first! Publishing houses are regular companies, with a set working schedule, and prototype assessment meetings may take place under some crazy circumstances (e.g. every other Sunday of the month, three quarters of a minute past 18:00, in the middle of a crop circle), so if you arrive in the middle of a week, no one might have time to pay you due attention. What should you do then?

This is the exact moment you should send your first mail at <adres dla zagranicznych autorów> and describe your game in a few words. This description should include its general theme, some info about its parameters (number of players, play time, level of complexity) and especially any mechanics it uses. If we find the project interesting, we will ask you to send us a longer, more detailed description (more or less one A4 page).

If your idea successfully passes the second step, you will be asked to send us the complete rulebook. Due to our experience with board games, reading through it will let us decide whether your project intrigues us enough to play it and, further down the road, to work on it. 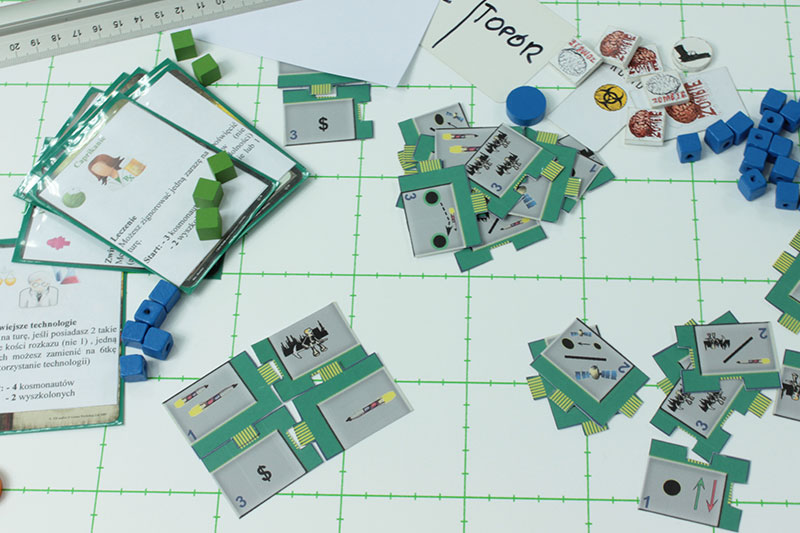 But won’t you steal my idea?

We treat game creators seriously and with respect, expecting the same from you. None of us wants to claim credit for somebody else’s projects, especially since someone has to finish all the work on it. As a matter of fact, the global board games industry is not as vast as you might think. Various publishers often know each other, so such a damage to our credibility and reputation would be a real shot in the knee. Moreover, you have all the notes from testing and loads of people to attest the game is yours, so proving who the project belongs to would be a trifle.

That is why, at this step, we don’t sign any documents regarding copyright (NDA etc.). This is because for instance we might be currently working on a game that is very similar and won’t be scrapped just because we played your prototype and signed the NDA.

So, if you think that NDA is a necessity to even present us your game, we won’t hide – it’s better to let it go and not waste each other’s time.

They asked me for a prototype!

Now that we’re clear, let’s get back to the process and the issue of prototype. You have already sent us the rulebook and your game intrigued us enough that we asked for a prototype. This is a perfect moment to write a few words about how a proper prototype should look like:

Remember to also include your contact details with the prototype – at least an e-mail address and phone number. The envelope you send us the game in or the paper used for packing will surely be destroyed (in view of regulations concerning personal details protection) and it would truly be a shame if we would get a great game with no way of getting in touch with the author…

If your prototype meets all the above requirements and successfully passes our internal testing, odds are we’ll be interested in publishing it. But the way ahead from this point is an entirely different story.

If our final decision is not to publish your game, don’t give up. It might turn out, that when you present the game to another publishing house it will fit their portfolio perfectly and they’ll decide to publish it! We hope that our guide will inspire you to continue your work and to send us your games! We’re waiting for your prototypes!