Vistas of the Waste – Part 6: Dugouts 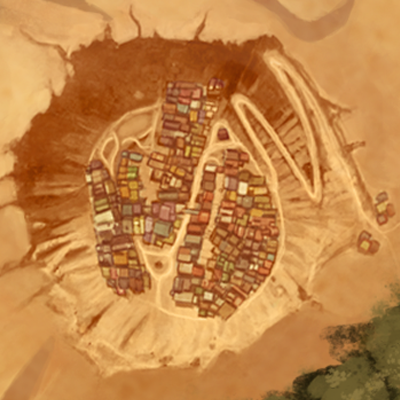 Voyage in the company of pirates from Alice Offsprings reminded me why I so rarely cross the Great Divide. Besides strategically letting the captain win 2 mags from me in a couple of poker games, I had to disembark much closer than we had originally agreed.

Instead of landing near the First Bridge, I ended up caught between a dank jungle, a reaver-infested patch of highway and the only place with traces of civilization out there – Dugouts. What was I to do? I simply started the engine and covered nearly 200 kilometers of sun-scorched desert, straight to the settlement hidden in a sandy sinkhole.

There’s a rumor long time ago they used to excavate precious gems around here and tourists waited in queues just to take a glimpse of underground houses. However, catastrophes that happened during the Scourge and the fact that the whole area was riddled with mine shafts turned the place into one huge crater. Most of the shelters dug out in rocks collapsed and the town was forgotten. At least until they found water here. 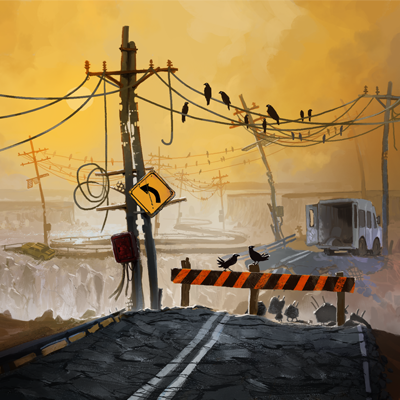 Suddenly, it turned out that life can thrive even in the middle of nowhere. Dugouts had got its second chance and a dozen ages-old, former inhabitants of Coober Pedy – as the place used to be called – had become leaders of the growing community. Don’t be surprised – it’s them who had managed to repair old mining equipment and build the artesian well. They also had knowledge about drilling rocks for homes… All of them have died since then but their legacy lives on.

Today Dugouts is a prosperous town that has resisted gangs not thanks to its strength but wits: the complicated mechanism utilized to operate the well is familiar to the precious few – the Engineers managing the place. They are ready to poison the well just to maintain their independence. This determination must have impressed local warlords. At this point they prefer access to cheap, clean water instead of plundering Dugouts and risking that the Engineers could actually carry out their threats.