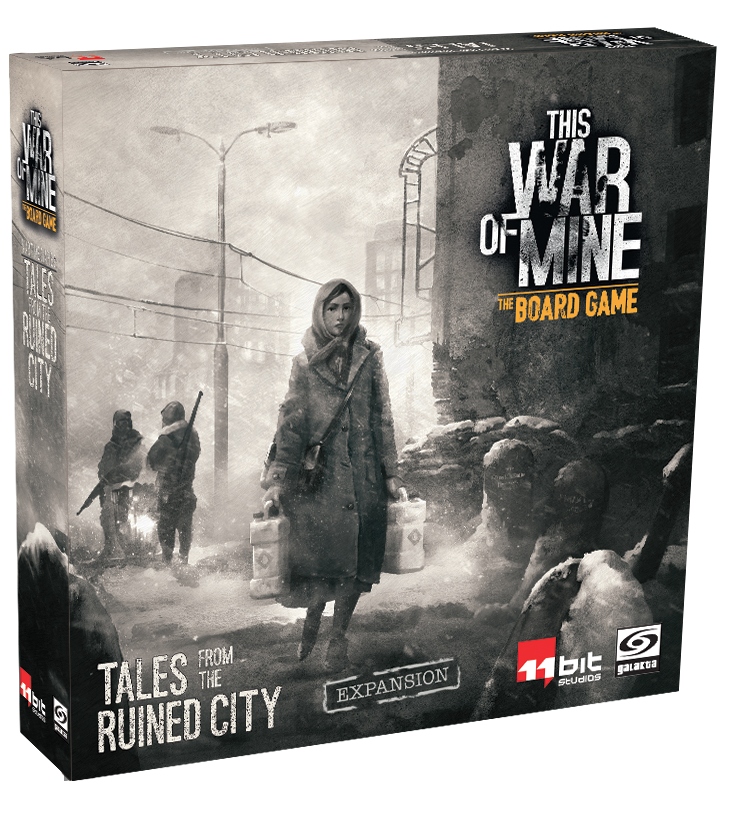 It has been a while since our last installment about Tales From the Ruined City, the first expansion for This War Of Mine: The Board Game. As the day of the premiere is getting closer, we wish to offer you some more insight into it.

In one of our earlier articles we wrote about a huge game module called Incidents, describing its mechanics and 2 new scenarios. Now, we would like to tell you more about the 3 remaining Scenarios. The first one is Blood in the Snow. Imagine a besieged city caught in an unending blizzard. Your Shelter becomes the only safe place there is… and yet, a terrible tragedy happens. One of your companions, Luka, is found dying, wounded heavily after an attempted murder. Who is to blame? One of you? Your neighbors? The tension will keep rising with each passing day as suspicions will be thrown and hidden motives will be revealed – each Character from the starting group and your neighbors will have a special Suspicions track to mark how close they are to being branded guilty. You will also have to take care about the physical condition of Luka represented by a special card and hope that your friend will last until the end of the siege to testify against his would-be murderer. 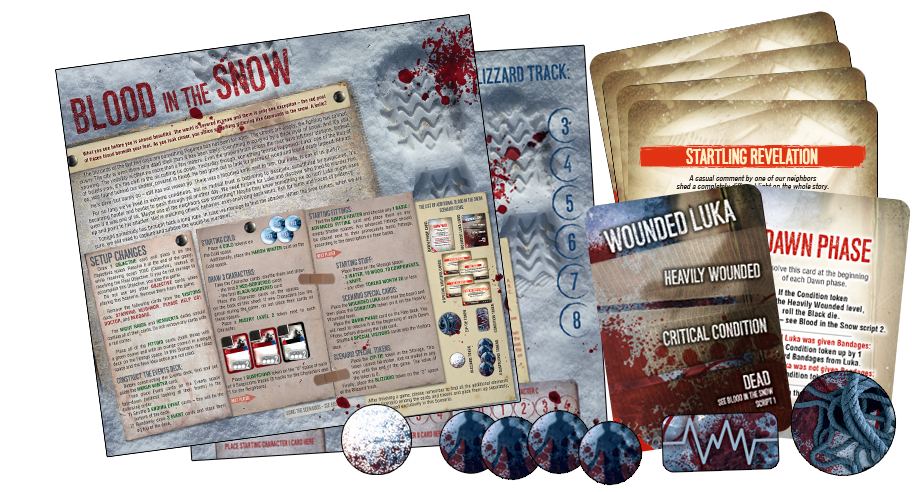 The second Scenario is entitled Refugees. It tells a story about a group of persecuted people who hide inside your home from their enemies. On one hand, you can count on help of the newcomers, with additional Day Actions represented by 3 Refugee Help tokens giving you more options to expand the Shelter or find resources. On the other hand, mere presence of the refugees means that you must provide them with food, medical supplies and diversions in order to keep their Condition and Cover high. Otherwise, whenever you draw a Visitors or Night Raid card, you risk that their pursuers will appear, locate the refugees and drag them out screaming… which will result with you losing the game.

Last but not least, you can play the third Scenario You and Me. It is a deeply immersive story about Dina and Zoran, a couple of lovers who met before the war and have stayed with each other ever since. The girl lost her parents and is now desperately looking for her brother Petar, while the boy decided to leave his family in favor of his beloved. For them, each day of the siege is spent on searching for supplies and the missing sibling. They may also visit the Aid Zone – a place where you can find help and support … or lose your time on futile waiting. There, inside the deck of 7 special cards, you can encounter both friendly charity workers from abroad giving you hope and support, and brutal thugs ready to wrest supplies from anyone waiting in the queue. However, the most unusual element of this Scenario is represented by Dina and Zoran themselves. These are 2 Special Characters, each with unique cards showing new abilities and Spirit effects. Dina and Zoran are so close to each other that they are unwilling to accept anyone in their Shelter, even at the cost of their well-being. Add to this a whole new set of scripts describing their troubled relationship and you can recreate a story of a truly Shakespearean feel.

All in all, the Incidents module will bring you 5 Scenario sheets, over 30 cards, over 20 tokens, and 5 Reward  envelopes with a secret legacy content. And what is even more important – countless hours of truly immersive experience that will diversify your gameplay.

In a couple of weeks we will write more about the expansion. Until then, stay focused! This War of Mine: The Board Game Tales From the Ruined City will have its premiere during the Spiel Game Fair in Essen!