The hated monarch has returned surrounded by his brutal yet faithful guards. As the voices of protest rise around the city and people in dark alleys whisper of overthrowing the king, he ignores his advisors’ pleas and recklessly decides to proudly walk through the main square heedless of his subjects’ moods. As the angry mob is gathering on every corner, hidden assassins are prowling the streets waiting for an opportunity to finish the monarch once and for all.

Digital adaptation of our King & Assassins – the renowned two-player game is now available! Thanks to our friends at Asmodee Digital you have a chance to experience the classic game on iOS, Android and Steam. Action, deception, daring coups – King & Assassins has all of this and more to offer to the boldest players with the courage to fight this incredible duel! 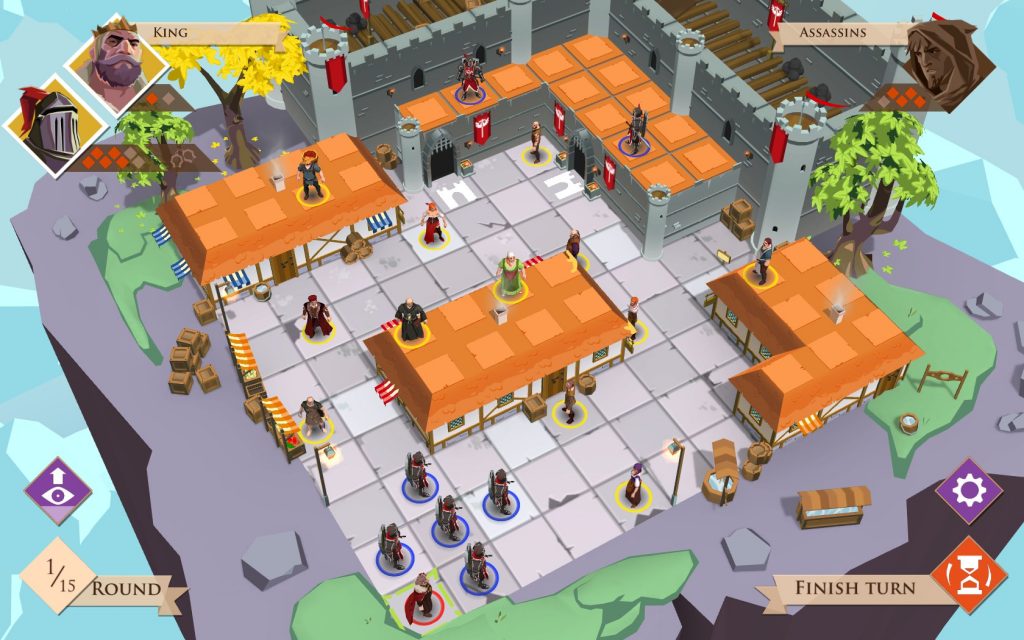 Blade in the shadows

As you play the digital adaptation, we are working hard on a very special edition of the board game! We can’t say much right now but follow our Facebook fanpage and visit our website to be the first to see the official announcement. There will be miniatures. 😉

Defend the king or the kingdom

Can you safeguard the King all the way to his castle? Choose your camp and your strategy well, your fate depends on it! Digital adaptation of King & Assassins is now available on iOS, Android and Steam.