Announcing new expansion for This War Of Mine: The Board Game 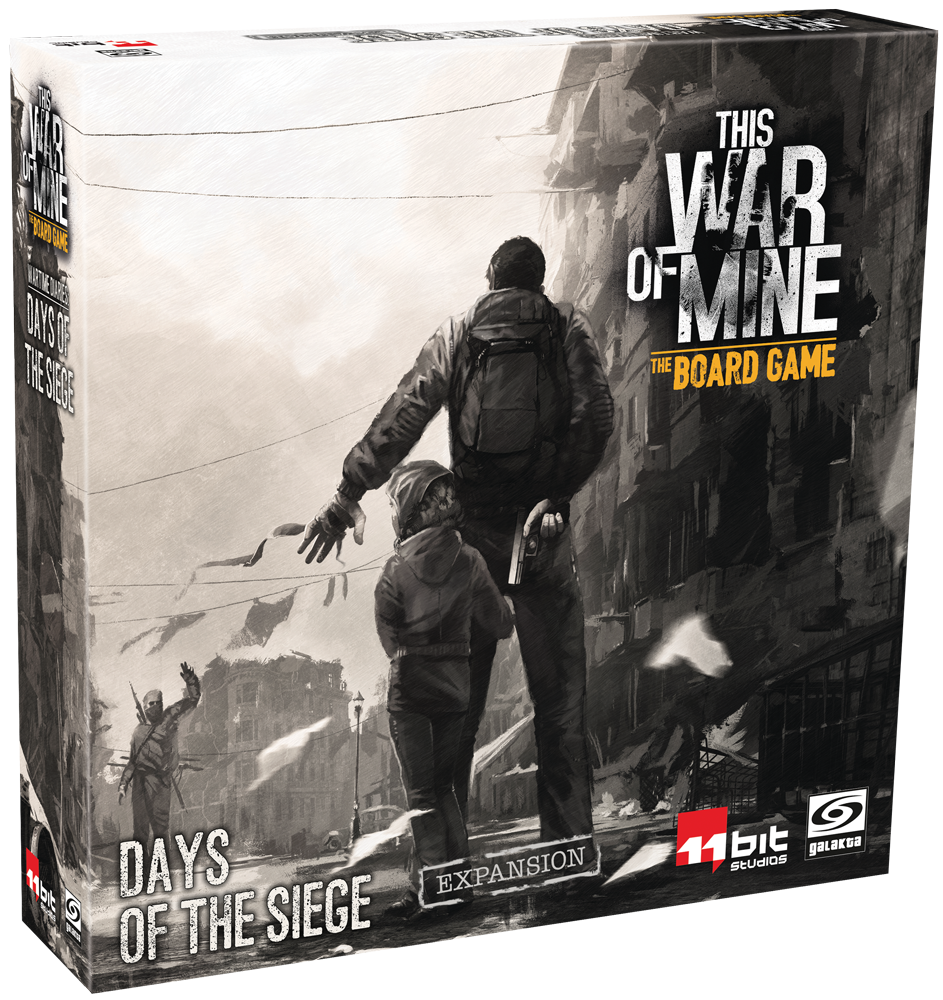 “By giving too much importance to fine actions one may end by paying an indirect but powerful tribute to evil, because in so doing one implies that such fine actions are only valuable because they are rare, and that malice or indifference are far more common motives in the actions of men.”

It seems this horrible siege is a natural way of life for us now. With no help coming from outside Pogoren, we focus solely on everyday survival. Often in this struggle we forget we are not the most vulnerable ones. We forget there are young ones who have lost their mothers and fathers, and it is up to us to give them a chance for future. Any future. The question is – how much will it cost us?

As time passes, old grudges and grievances resurface among citizens. There are people ready to play on such hatred that can be found only among long-time neighbors. Grazni soldiers are more numerous these days, while rumors about Vyseni freedom fighters infiltrating the city can be heard on the streets almost every day.

With Pogoren’s resources already stretched so deadly thin, shall we survive another outbreak of hostilities?

We are proud to announce Days of the Siege, the second expansion for This War of Mine: The Board Game, a story-rich game of survival in a war-torn city. The expansion introduces a plethora of new content for each gaming group ready to experience an all-out war overwhelming Pogoren.

Inside the box you will find:

– Forlorn Hope, a story-driven, 3-act War Campaign featuring: over 750 new scripts; a new board with the Map of Pogoren; a set of completely new rules; over 50 new tokens. Choose your strategy and make dramatic choices affecting the future of the city; learn new rules and face challenges of survival, with your group caught in between Vyseni rebels and Grazni soldiers

– New cards featuring unique content for the War Campaign, as well as new Locations that can be added to the base Location deck to give you more Scavenging options in every playthrough

– Orphans of War module with 2 miniatures, Kid Action cards and Fittings to offer you a unique perspective on the well-being of children in a war-torn city

– 4 Soldier miniatures to use during the War Campaign

Days of the Siege will give you a unique opportunity to experience a truly epic narrative and choose you role in events that are about to change the fate of Pogoren forever.

The presale of the English version of this expansion is scheduled for 24th October 2019 at Spiel Game Fair in Essen, Germany. We hope you will be there to collect your copy at booth 2-B136. More information about preorders will be revealed soon.